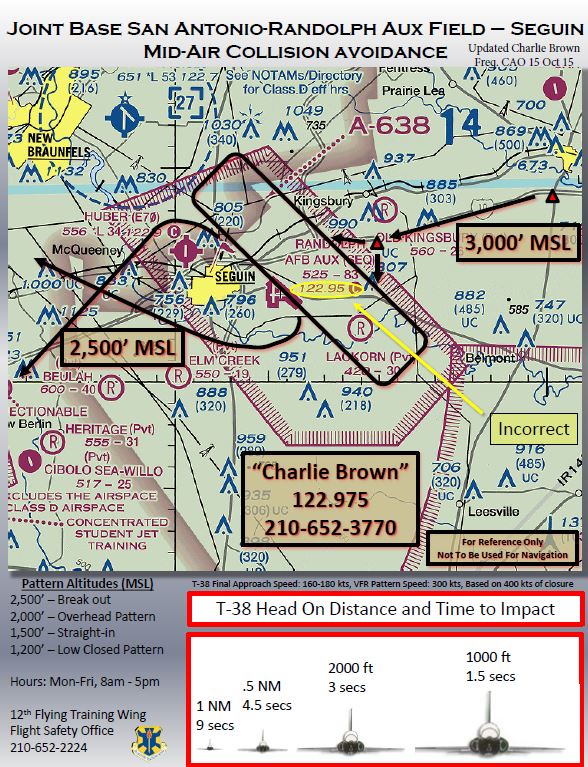 Capt. Hoover came over to Huber Airpark to talk to me about the Collision Avoidance and to test radios last Friday. Here is a summary of what we discussed:

Friday both my dad and I separately had flights in and out of Huber while the Aux was ACTIVE.  Here is what we learned!

As suspected the KBAZ ATIS did not reflect that Charlie Brown was active, but that is because the ATIS came out before the hour and they went active at 12:01.  The next ATIS did reflect that it was Active.

So I call the Charlie Brown phone number at 12:05 and they answered and I gave them the heads up that I was departing runway 34 in 5 minutes to the WEST, SouthWest.

At the end of the runway, I called them in the blind, saying;  “Charle Brown-N1234 on the gound at Huber departing runway 34 departing to the West South West climbing to 3000 ft.”

Then I took off, by the time I was over the departure end, at about 100 FT AGL, I called them back, and they answered me with traffic advisories.  They let me know they had one in a close pattern and that it was no factor.

On our return to Huber, we called them 10 miles out with our position, they replied with no one in the area at that moment. About 10 minutes after our landing, we did see one jet fly just to the East of the field.. so now we knew they were active again.

My dad took off and did the same thing:  called them in the blind in position on the ground, and again once the gear went up.. he was able to hear them and get traffic advisories.

It worked very well!  The key : let them know where you are and where your going, and they will stay clear.

Hope this helps everyone STAY SAFE!